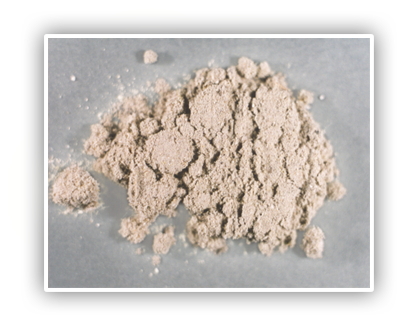 Click on the buttons to see examples of dust particles found.

The collapse of the Twin Towers pulverized and then scattered into the air millions of tons of cement, steel, drywall, window glass and other building materials. It also crushed and incinerated thousands of computers as well as mile after mile of items such as electrical cable and heating and cooling ducts. Finally, the dust contained the remains of the 2,753 people killed in the attack, along with the hair and skin cells shed by those who worked in the World Trade Center over the decades.

Snowflake-like crystals of calcium, sulfur and oxygen, such as the one pictured here, made up the bulk of the World Trade Center dust, along with particles of drywall, cement and other building materials.

Tiny particles, such as the one pictured here, were composed of pulverized rock and other material used in the construction of the World Trade Center.

Fibers from items such as insulation and carpets were also found in the dust, as well as quantities of asbestos, a toxic fiber known to cause cancer.

A wide variety of metal particles were found in the dust, ranging from copper and iron to the titanium, pictured here, found in a variety of applications such as white wall paint. 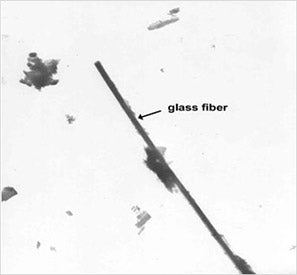 Pulverized glass became fibers, such as the one pictured here, that, when inhaled, can cause long-term damage to the lungs. 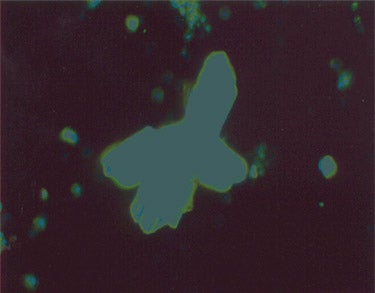 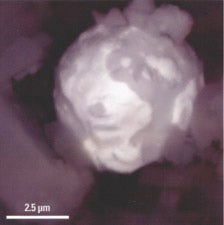 Lead, like the particle pictured here, is a potent neurotoxin and may have been the biggest public health risk posed by the dust across lower Manhattan, requiring professional cleanup.